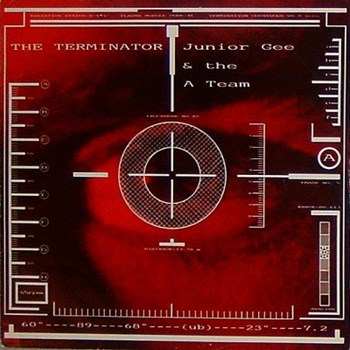 The unique sound of the TR808 has been very prominent again in recent years with a resurgence of both blazing hot and subtle, melodic Electro in clubs and on the airwaves. Labels such as CPU Recordings and Cultivated Electronics - to name but a few - have led the charge with a new generation of Electro labels and producers. Leap back to over 30 years ago and a similar raw breed of individuals and groups were cutting their teeth on a burgeoning UK Electro scene. Whilst today’s sounds may seem more stripped back, minimalist and taking influence from a wider variety of sources including Detroit and Berlin there is a lineage going to Britain's forebears of the sound. Focusing on select band of 1980’s releases, they were different from the offerings coming out of New York’s Hip Hop scene. They may not be a direct influence on the artists of today but they did very subtly melt slowly through the collective underground British consciousness as we moved on mass from the 808 to the 909 and eventually revisited our love of the 808 again.

Hip Hop’s first full scale exploration onto UK shores sometime around 1982 with Malcom McClaren’s heralding the charge with his unique take on the still embryonic scene. Suddenly thousands of kids were hooked on to the sights and sounds coming out of New York through the eye candy of Buffalo Gals on Top of the Pops. Whilst that amalgamation of sound and vision captured our attention it was the futurist vision of Afrika Bambaataa and such as The Jonzun Crew that inspired a small group of producers to emulate the fresh Electro appearing in UK record shops from across the Atlantic. The 808 driven tracks had much in common with the UK’s already intertwined love for black and electronic music from the likes of Kraftwerk who were catalysts in prompting Bambaataa and his peers to propagate their own sound. Whilst the UK were quick to embrace three of the four elements through DJing, graffiti and breakdancing, the fourth - rapping took a little longer to perfect aside from notable pioneering artists including Dizzy Heights, Junior Gee and Richie Rich. It would take until around 1987 before the likes of The London Posse and the Demon Boyz among others for UK Rap to find its own voice (excuse the pun). Prior to that the burgeoning UK Hip Hop scene had created its own take on the US Electro sound and to this day does not get enough respect or attention for its efforts. 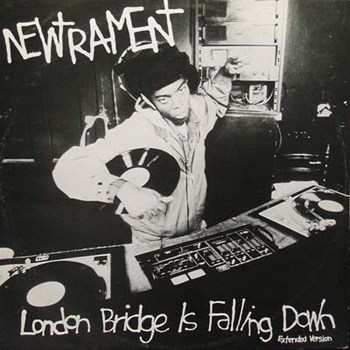 If we want to go back to the ground zero of UK Electro then it's hard to look beyond Bertram Johnson whose single release is still unknown to many black electronic music fans. It may not be the first UK Electro track but it was the first to gain genuine attention on UK radio and in clubs. His take on a classic old children’s nursery rhyme to transform it into ‘London Bridge is Falling Down’ opens with a vibrant streetwise vocoder rap, fat bassline and perfected drum pattern that is the sum total of its parts. Incredible to think that this is almost 40 years old now and was Johnson’s one and only outing under this guise. It was so good that it was picked up by Jive Records, who at the time were courting the likes of Whodini.
Newtrament London Bridge Is Falling Down

Newtrament wasn’t the only UK based Electro artist to get picked up at the time by Jive and Jive Electro (who started out by releasing Tangerine Dream records), as they had already acquired the Willesden Dodgers for their roster. By the time Newtrament had dropped they had already released a brace of Jive Rhythm Trax albums. These were raw, sparse Electro-based DJ tools that had unimaginative BPMs for titles (not uncommon at the time). Their fourth album broke that trend as 1st base was a more measured and mature album and showed they’d been listening to a wider range of alternative electronic music from across The Pond and the likes of Tackhead and output from their representative members - such as Adrian Sherwood and Keith LeBlanc. Tracks like Breakin’ Out and Gunsmoke showed originality rather than lean too much on some of the more formulaic tracks coming out of New York and elsewhere in the U.S. The tracks were used in the iconic UK Hip Hop show - Electro Rock. Why the trio never built on this work is a mystery but perhaps by then the scene was changing rapidly and Jive were looking elsewhere for outputs. 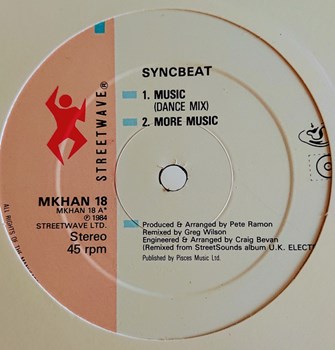 Whilst the U.S Jive label was signing their own UK acts, Morgan Khan was increasingly looking to home grown talent, especially after launching his own successful Street Sounds Electro series. Streetwave Records started a year earlier in 1981 and within three years had put out the first UK Electro compilation. The mini album was showcase to some incredible talent that still sounds as vibrant as they did back in 1984. Syncbeat’s progressive and Afro-centrric Music fit perfectly with the Manchester breakdance crew, Broken Glass and their Style Of The Street. Behind many of the records was Greg Wilson who had established himself as one of the UK’s leading black and electronic music DJs. 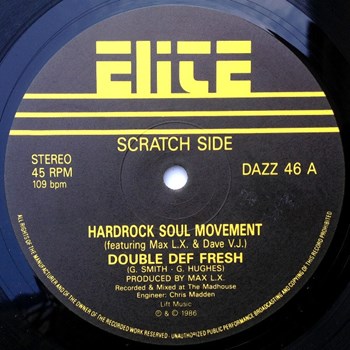 It wasn’t long after when Dave Morrissey and Max LX (AKA Maximum Scratch) under the name of Hardrock Soul Movement appeared on the scene with their soulful Electro driven funk. A defining moment came with the release of Double Def Fresh, an infectious instrumental groove with rolling 808 drum, fresh cuts and scratches, hypnotic choral voice and proto House bassline. As with some of the UK tracks coming out at the time whey were often overlooked in favour of the more refined and better packaged U.S imports arriving in the record shops.

Between 1982-86 it was a very active time for dance music and Hip Hop, as New York continued to dominate much of the scene and dictated the trends. Yet in parts of London and Manchester there was a small flurry of experimentation. The half dozen records were the vanguard of many things that were to follow, including Techno and Rave and should be heralded as innovative records that still sound as xciting today as they did back then. We really suggest you track them down.

Could Acid House have happened in the Internet age?

Since the 1970s there have been three great youth movements and scenes, punk, hip hop and acid house. Of course there have been countless other scenes that have paralleled and branched off from them, ..

The Best Films about DJs and Club Culture

The long winter nights are still with us and there is always still chance of a prolonged spell with the snow. So what better way to spend time before spring returns and the lighter evenings than watch..

The A to Z of Bargain Golden Era Hip Hop

A few weeks ago we compiled an alphabetical list of classic rave records that you should be able to find for less than £5 on platforms like Discogs. It was such good fun that we decided to do it again..

We’re looking for enthusiastic dance music DJs to take part in a research study to understand how DJs discover new dance tracks.
We need DJs who are building a career in the music business and actively growing their fanbase.

If you're interested and are NOT male between 41 and 55 years old (we've got enough of those) then we want to hear from you please!