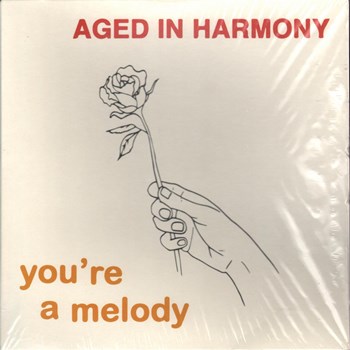 Rare exports and where to buy them digitally - Part 3

Continuing where we left off last month, we continue to dig through the virtual racks to find and share some of the best music online, music that if you wanted a physical vinyl copy would cost you much more than when it first appeared. Fear not, Trackhunter is not just about finding the best new music online, but we also like to share with you some of the most incredible tracks and releases that you might have missed.

It is very common for high value, rarer records to remain hidden as DJs try to hold onto their secret weapons. That is fair enough, but there is plenty of great music to share and as the following list testifies, we are certain that you will find a few incredible new pieces of music to add to your collection. Sometimes there is little rhyme or reason as to why some records become more expensive after they are released unto the world. There are the usual reasons for inflation that you’d expect from limited releases, certain artists and other factors when a track breaks through or sadly when an artist passes away. Thankfully most new physical releases do have a digital companion, for older records, a legal download can be harder to come by due to a myriad of problems relating to licensing and contractual issues.

The tracks all feature in a series of 60 minute podcasts called Rare exports and where to buy them digitally, which you can listen to via the links below.

For the fifth podcast in the series we discovered some fantastic House music, purest Disco, slow motion Synth Pop and an old school cinematic Italian anthem among others. 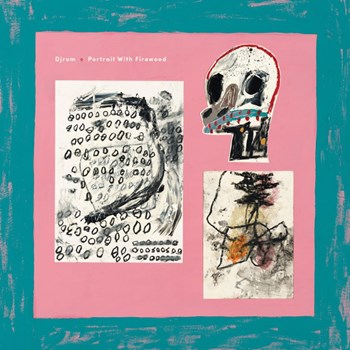 A mesmerising start to this month’s selection as Djrum (AKA Felix Manuel) followed up his 2013 ‘Seven Lies’ LP with a stunning double vinyl release for the veteran R&S label. Subatomic, wood bass driven Techno nestles comfortably with atmospheric ambience. A fine release that has climbed in value over the last year and goes for in excess of £50 these days. Thankfully you can download it from Bandcamp for a fraction of that price.

Laurence Guy – Saw You For The First Time

Again another artist who shows off his dexterity and skills to shift between laid back, beatless moments to subtle Deep House and Techno. Saw You For The First Time is a stand out moment, lush layers of piano and chords make for an iconic piece of dancefloor magic. The 2017 double album saw a repress in 2021 on the Church label and can be picked up cheaper than some of the prices that had been changing hands prior to that moment. 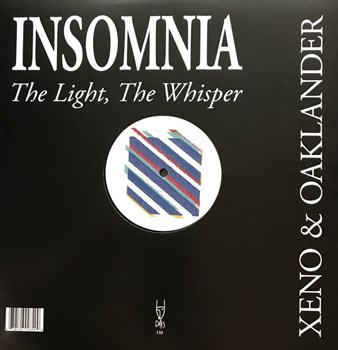 We first discovered Brooklyn based Xeno And Oaklander back in 2019 when they dropped this three track release via Bandcamp and they appeared on one of our Trackhunter podcasts. The main reason this record is hard to track down is that most copies appear to be in the United States and at the time of writing there were none available in Europe. Thankfully they’ve got plenty of digital downloads still at Bandcamp, so go get one.

The Ennio Morricone produced anthem might not be the kind of track that you might expect here on Trackhunter - but trust us - it is truly stunning. Available on various compilations and a couple of 7 inches, you will need to spend about £50 for a VG+ copy with artwork. No doubt when it came out in 1966 it cost just a few Lira in Italy. This time, it isn’t Bandcamp that hosts a legal digital copy but Amazon of all places. We have wondered how long before they start live hosting DJ mixes on their marketplace.

Another amazing 7 inch single, but this time courtesy of Auckland based Jonathan Bree. To pick up a copy of this Disco - New Wave hybrid with a touch of Synth Pop, you would need to probably spend three figures to own the white vinyl single. Again, thankfully Bandcamp is to hand and assist you obtain the title track for 1/100th of the price. 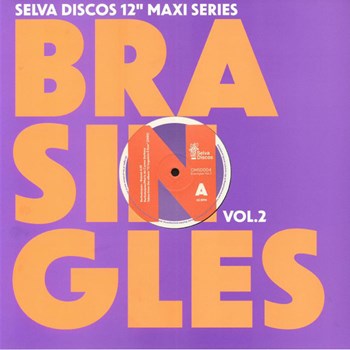 Otimo are no slouches for when it comes down to putting out great music and then they grabbed this 2005 Brazillian and added Wolf Müller's Drum Drop to it, they had a winner. The 12 inch came out in 2018 and was snatched up straight away, the repress came out the same year and again was quickly pounced on by adoring fans of the track. Copies were passing for about three times the original prices, and ou can still pick up copies from mainland Europe, but if you cannot wait, then there is always Bandcamp

Aged In Harmony – You’re A Melody

The 1970's Detroit based Disco group’s 7 inch releases from that time are ultra rare, but the good news is that a compilation of unheard gems was released on 3 x 7 inches in 2016. The bad news is that you need to spend over £40 these days to grab a copy of the trio of soulful Disco records. Again, we refer you to the ever-reliable Bandcamp website. 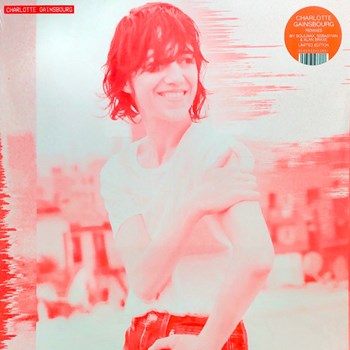 The original thudding heavyweight Disco 12 inch came out in 2017 and instantly became a much sought after record. A year later Soulwax gave it a work over and again it flew off of the shelves. Recent copies have been sold for three figures, so if you want a digital copy of this modern classic, head over to Amazon to buy one.

Originally out in 2007, this modern Disco House classic again goes for much, much more than when it originally came out. Out on the Ghostly International sister label Spectral Sound, you can find it via Ghostly’s Bandcamp store.

The sixth podcast of Rare Exports has everything from Fusion Jazz to cutting edge Dub Techno and groovy Brazilian samba beats with a new school twist. 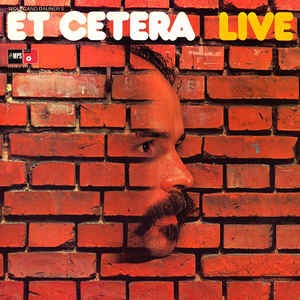 This might not be everyone’s cup of tea, but fans of Jan Hammer’s slow groove 'Don’t You Know' will love Nemo’s Dream. Laid back pitch bends lead the way as part of this much sought after album. You can pick up digital copies on Amazon for much less the cost. 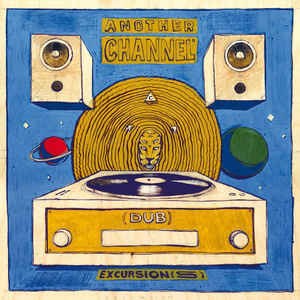 This is another release in our list that was going for an awful lot of money but a recent white label repress with hand stamped sleeve has made it more affordable. Fans of the deep Techno Dub sound that Basic Channel championed will love this. Whether you pick up a vinyl or digital copy, turn it up loud and enjoy. 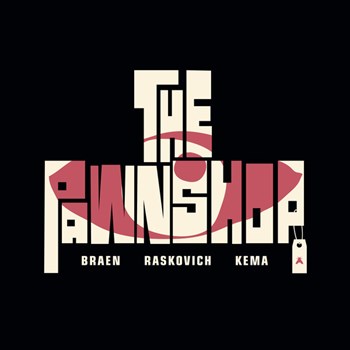 The Pawnshop – My Shade

Another track from the depths of time from Italian Psychedelic Prog group The Pawnshop. The track My Shade appeared on the B side of the release, My Telegraph Is Calling from 1971. This release is incredibly much sought after. A release of their tracks appeared in 2018 on a 12 inch for a much more affordable price.

Originally released on a four track 7 inch that also included cover versions of Cocteau Twins, Gloria Jones and New Order, Electricity was a cover of OMD’s 1980s classic. The originally record is incredibly hard to come by but is on Bandcamp as part of the original four track line up 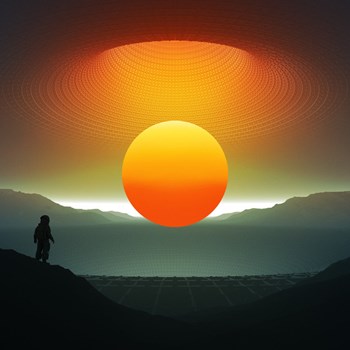 This stunning Ambient Techno album by James Dean (AKA Lost Idol) came out on double, clear vinyl with lush artwork and received great reviews. Sadly there were only 100 copies, which soon disappeared online. The entire LP is still available online via the link below.

The Aliens double header with Channel 83 is a lesson in how to deliver an infectious, catchy Disco number. However it is a lesson that is hard to obtain on vinyl, thank goodness for Bandcamp once again.

Lobster Theremin have been one of the UK’s most consistent electronic labels in recent years and this 2018 banger is a testament to that. Featuring five tracks with the heavy bass, breakbeat driven You Think? Being the stand out track. There aren’t too many copies out on the web but you can buy it digitally, directly from the label. 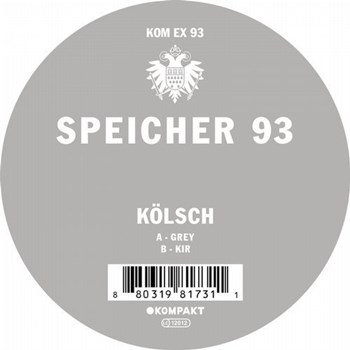 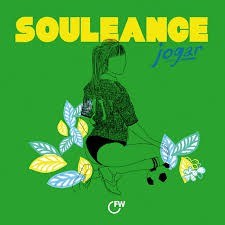 The dual talents of Alexis Eleftheriad-Bey and Pierre Troel have created many great tracks under the guise of Soleance, but Ven Jogar is one of the best. Appearing on the 2014 7 inch Jogar EP, it is a full fat, funked up Brazillian sampled groove.

Rare exports and where to buy them digitally - Part 1

Over the next few months we are going to look at some great tracks that you may have missed out on from the past few years and even decades.

Rare exports and where to buy them digitally - Part 2

Following on from last month’s Trackhunter post on ‘Rare Exports - and where to buy them digitally’, we’re back with another hot list of great tunes.

The most expensive dance records on Discogs

It’s incredible to think that dance records would ever change hands for such exuberant prices as they do now. Yet one look at Discogs and it’s obvious that some post Disco records have in the past gon..

Rare exports and where to buy them digitally - Part 5

This is the fifth and final excursion into our journey to explore incredible tracks that you may have missed and where you can buy digital copies online for a fraction of the cost that the physical re..