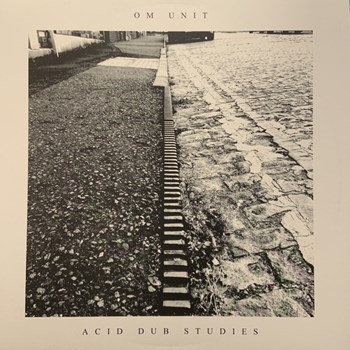 Rare exports and where to buy them digitally - Part 4

For this fourth edition of our Spring/Summer Trackhunter special series we have once again dug deep to find some of the best online tracks from the last few years that are hard to come by in their original vinyl format. The tracks below all contain links to their Discogs’ entries and locations as to where you can purchase a legal download from the likes of Bandcamp and Boomkat.

The tracks below all feature in two separate podcasts that were broadcast on Purple Radio throughout July and are now hosted via the Mixcloud links in this article. In the first of the two shows (Episode 7) you can expect slow motion Acid Techno with a nod to Dubstep, French Hip Hop and the inspiration for one of dance music’s best loved anthems.

Om Unit, Aka Jim Coles, has the ability to shift styles and this is very much on show as he brings his TB303 ‘A Game’ to produce one of 2021’s finest long players. It was that popular that a second pressing soon appeared and copies can change hands for twice the price of the original release. 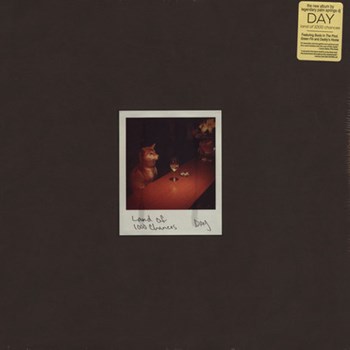 The Palm Springs DJ and Producer dropped his funky, Hip Hop inspired album on Piecelock 70 in 2013 and it fluctuated in price since release, but often selling for more than £50. Fans of DJ Cam and DJ Shadow would most certainly like his sound. 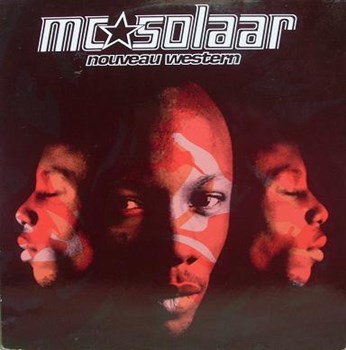 One of the finest MCs in Europe took loops from the infectious Serge Gainsbourg and Brigitte Bardot track Bonnie And Clyde and made it his own. With a powerful break and high standard vocal flow, the 12 inch soon became the proverbial ‘rocking horse muck’, so if you find a copy for less than £50, you have done well. Thankfully you can obtain a digital download via Amazon. 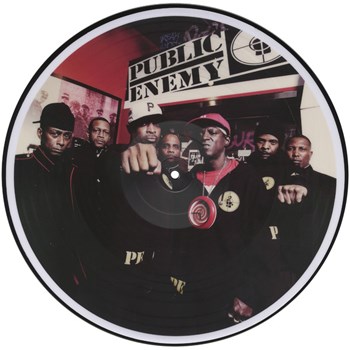 Public Enemy – Harder Than You Think

Fans of Channel 4’s popular political satire programme The Last Leg will know this track very well, as it’s the theme song to the show. Taking the 1972 Shirley Bassey ‘Jezahel’ track as the backing focus, Public Enemy added their own punch to something that was already quite powerful. PE released it as a 7 inch and like so many in this list, it’s only available on plastic if you want to spend big.

The Claremont 56 imprint have long been exponents of distributing excellent music and they did a good job of that with this hard to find nugget. Rheinlist is the stand out of this two track 12 inch with a nod to the likes of Neu! and other German luminaries, it is a great double header and available digitally on Bandcamp. 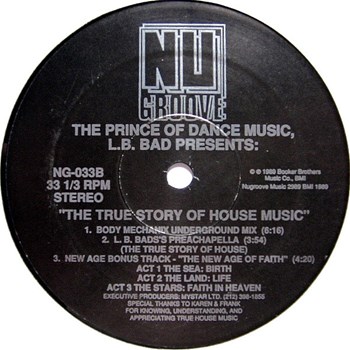 LB Bad The Prince Of Dance – The New Age Of Faith

Dance music has long been more comfortable with taking samples and extracts of songs rather than going for full blown cover versions, unlike traditional Pop and Rock music. So when Sabres Of Paradise picked up the title track and made their own version it would eventually go onto be one of the most recognised pieces of electronic music ever to be released. Smokebelch II is the perfect balance between great dance floor music and an emotional high - perfect in every way. Sadly the original creator, Lamont Booker, passed away in June of this year. 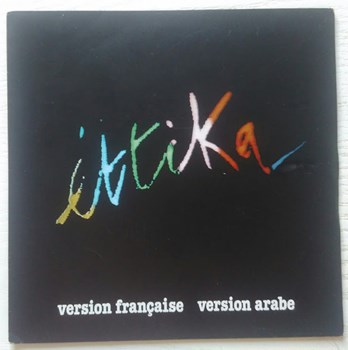 The mid 1980s were a melting pot of different sounds and influences as artists picked up the pieces from Disco, Punk and New Wave. The little known Ettika released their self-titled 7 inch on Johnnie Coco Musik and it was no surprise that Celluloid Records were involved in the distribution. Copies of this have sold for over £200, but you can buy a digital version via the link below. 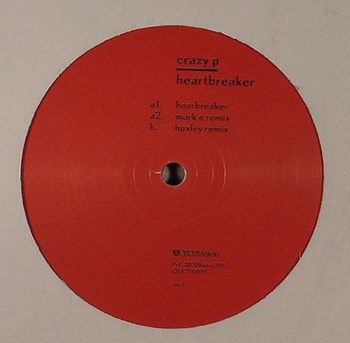 Crazy P has been at the forefront of UK House music for over two decades and their 2012 release on Ralph Lawson’s 20:20 Vision imprint has become a much sought after 12 inch. The Mark E remix is the real winner, an atmospheric, reverberating chugging dancefloor winner. Again copies of this exchange for a good price. https://www.discogs.com/Crazy-P-Heartbreaker/release/4094438 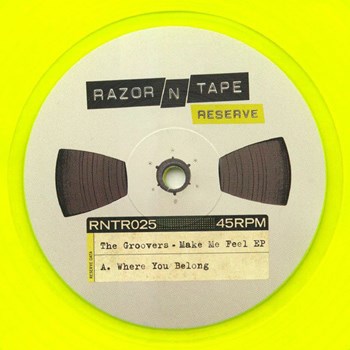 The Groovers – Where You Belong

I first came across this on the excellent Nightmares on Wax Boiler Room session in 2013 when the track dropped digitally on the New York based Razor N Tape label. It was finally pressed on vinyl in 2019 and one copy has sold for as much as £150 since. Crazy prices, but one heck a great record.

We’ve long known that those Norweigians make great Disco music and Gro Anita Schønn combined German Schlager into the melting pot. Pa Ringerike Trenger’u’kke Penger is the standout cheeky Disco track in her final solo album Innenfra Og Ut before her untimely death. Reissued as a CD in 2021, but the vinyl copy remains one of those hardest to find records 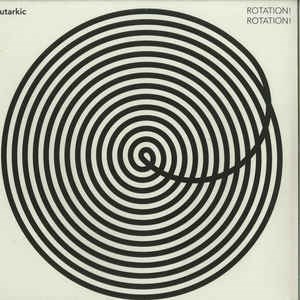 Tel Aviv based Nadav Spiegel has grown in stature since appearing in 2015 with his New Wave inspired Tech House. The ever-impressive Red Axes take the lead track to a new level with their trademark percussive Techno sound.

Superb bubbling acidic laced Electro on the French Meant label from 2015. Three tracks that all work well together and a record that has increased in value in recent times. You can pick up a digital version via Beatport. 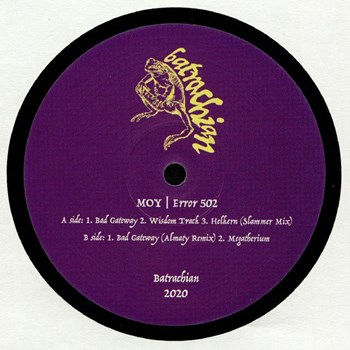 First appearing on vinyl in 2020, Moy have created a buzz and none so greater than their Error 502 EP on Batrachian. High octane Electro Breakbeat that will rattle speakers up and down the country when clubs finally open fully. Physical copies can be quite costly but you can pick up a digital copy on Bandcamp. 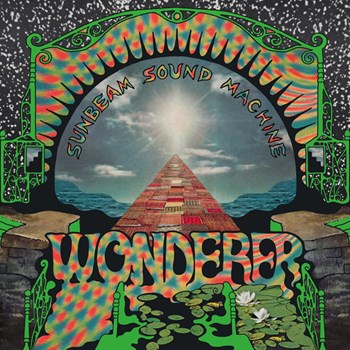 A majestic track from the tripped out album debut Wonderer from the Melbourne based Nick Sowersby. Copies can sell for in excess of £50 but you can pick the whole release up on Bandcamp. 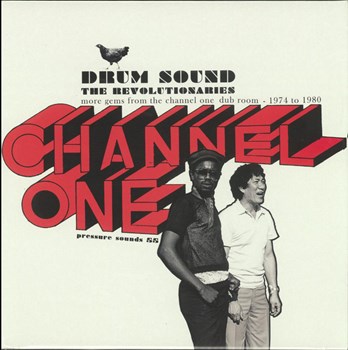 The Revolutionaries – Kunte Kinte (Version One)

Taken from Drum Sound: More Gems From The Channel One Dub Room - 1974 to 1980. Originally released in 2007 on Pressure Sounds, second hand copies soon increased in value until a 2016 re-release appeared at a more affordable price. 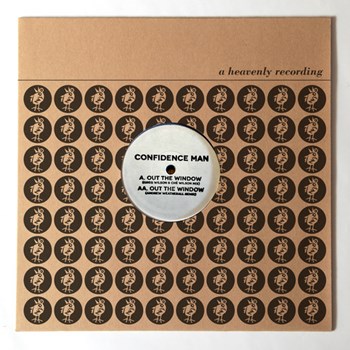 Released on the veteran Heavenly label in 2018 as a limited edition of 250 hand-stamped records, it was an impressive double header of Greg and Ché Wilson on one side and Andrew Weatherall on the other. Digital copies can be obtained via Amazon.

The album has been on the wantlist for a lot of buyers on Discogs and even though copies are available, you would probably need to ship them in from Europe or the U.S.You can pick up the Electro Dub eight track release via Ed Banger’s Bandcamp page.

For any DJ that wants to make a career out of their love of music it can be a competitive business. Scenes come, go, get revived, die and then reappear a decade later. With this waxing and waning many..

The purpose of Trackhunter is simple, it helps you sort through the wheat and the chaff to discover which of the latest music releases are the ones we should have in your record box or on your laptop...

How to start a record label

The Best Films about DJs and Club Culture

The long winter nights are still with us and there is always still chance of a prolonged spell with the snow. So what better way to spend time before spring returns and the lighter evenings than watch..