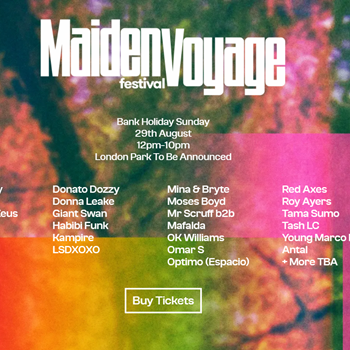 If things do go well over the next two months, and fingers crossed they will, then hopefully we’ll have a full summer season of outdoor dance music events to explore. So in anticipation at Trackhunter HQ, we have picked the best party for each weekend from the Summer Equinox right up to early Autumn.

If things run to plan over the coming months then there is a good chance there will be a good and varied - if not condensed - summer line up of festivals. It’s going to be nervous times for promoters who have not only had to contend with cancelling their 2020 events, but also remain unsure what 2021’s landscape will look like. With artists and DJs chomping at the bit to come and play live, there are other issues relating to passport control and how the pandemic is affecting those travelling from outside of the UK. Add to that the uncertainty of a post-Brexit UK where many artists from such as Europe are uncertain as to how easy and viable will it be to come and perform. The Government’s Roadmap out of the pandemic states that by no earlier than May 17th, performances and large events can be hosted for up to 4000 people, which may encourage smaller event organisers to try and do something before the glut of summer events, although things are still too early to call. By June 21st the Government aims to end all social restrictions but before we get carried away, they only plan to allow pilots for large festivals. Whatever happens, expect hand gel and masks as commonplace at some venues and festivals, it’ll be perfect conditions for Altern8 to come out to play.

As you would expect, tickets for some of these events are scarce and the likes of Creamfields have already sold out, but there are always resellers and waiting lists as some party goers may change their mind and pass their ticket on. Many will have just rolled their tickets over from last year and had second thoughts, but if you cannot get to the festival of your choice, there is always another one not too far away. Line ups for some of these events would normally be finalised by now, but again due to the uncertainty, some are just emerging. Whatever you do, stay safe, we’ve still got some way to go before we can truly say we are out of the woods.

Old skool vibes all the way with a line up of highlights that include gems like Shades Of Rhythm, Baby D, Livin’ Joy and Angie Brown. 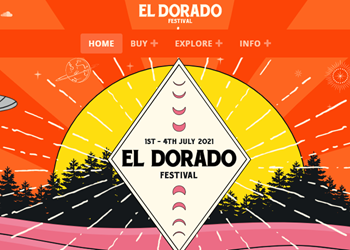 The power of El Dorado is strong as this had sold out before releasing its line up for 2021. If 2019 is anything to go by when they hosted Todd Terje, Romare, Shy FX, DJ Seinfield, then this year will be just as hot. If you are desperate to get to this mythical event (hosted on the site of the classic Big Chill festival) then ensure you get signed up to their waiting list and with any luck you might just get a ticket.

Field Day has a fine reputation for a one day festival and with a line up that includes live performances by Bicep, Floating Points and Ross From Friends it’s hard not to be enticed. On the DJ front, some of the highlights include the Blessed Madonna, DJ Seinfeld, Special Request, Josey Rebelle and George Fitzgerald to name but a very few.

New World is one for the Garage, House, Drum & Bass massive with a huge line up that includes DJ Luck and MC Neat, Piped Piper & Master of Ceremonies, Shola Ama and Kelle Le Roc. At the point of writing this article,. Tickets were selling very quickly.

One of the bigger festivals has now truly established itself and always pays much heed to electronic artists. At the point of writing there isn’t a lot of information, but hopefully last year’s acts will still play with Bjork, Groove Armada and Metronomy all confirmed on their website. 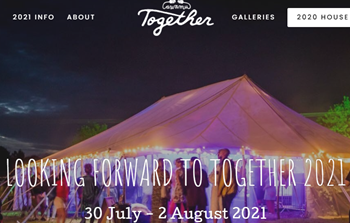 A lovely and warm festival with a big heart returns in the midst of the summer and no doubt will have a few wonderful acts lined up for the loyal partygoers. Aligned with The Awama Charity, it puts all profits into helping vulnerable women and children in Kampala, Uganda. With no line up announced at present, we could hope to see some of the names they planned to bring along in 2020 when it was cancelled, including Matt Black, A Guy Called Gerald and Steve Cobby.

A feast of artists are lined up for this year’s 51st State party which include Chicago House music legends Mike Dunn and Terry Hunter, a trio of legendary divas Alison Limerick, Jocelyn Brown and Barbara Tucker. Other notable names include Brand New Heavies, Toddy Terry, Dimitri From Paris and Masters At Work. Really, what’s not to like?

Not only did Houghton have to contend with postponing in 2019 due to intense storms, but the pandemic doubled-dipped the bad fortune for 2020’s cancellation due to the pandemic. Not ones to be put off, the plans for the third iteration go into full swing again with a highly anticipated line up and no doubt a packed house for that most wonderful of festival locations. See you in the quarry.

A fantasticly funked up line awaits the We Out Here crew with live sets by Children of Zeus, Crazy P, Emma-Jean Thackray and Sons Of Kemet, and that’s just a taster. On the DJ front, even more choice to excite you with Gilles Peterson, Floating Points, DJ Die, Kruder & Dorfmeister, with many more lined up. 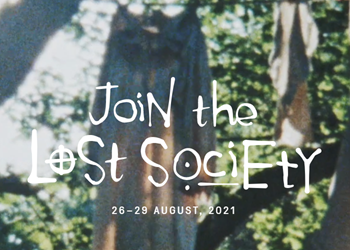 One of the most carefully thought out of festival concepts and websites, this year’s Lost Village is headlined by the triple treats of Four Tet, Bombay Bicycle Club and a DJ set from Bonobo. Backing them are the likes of Horse Meat Disco, David Rodigan, Ben UFO and Craig Charles. All set in another magical green setting in the midst of Lincolnshire.

The wonderfully titled Maiden Voyage have a very attractive line up for the Bank Holiday Monday with their one day extravaganza. The likes of Roy Ayers, Red Axes, Children of Zeus and DJ Harvey are just a few of the names on the roster. With tickets almost gone at the point of writing, you best be quick.

At the point of writing this piece we couldn’t see the line up but the tickets were already onto Tier 3, so clearly the Forbidden Forest collective’s reputation for a good party is well known The woodland based party has hosted the likes of Camelphat, Danny Howard, MK and Skream in recent years, so probably expect more of the same at this fantastic location.

At the point of writing, the weekend and Saturday tickets hold sold out but you could still grab a pass for the Sunday. Just a few names have been revealed with Jamie Jones and Pendulum Trinity just a couple of the names announced. With just a few tickets left, there’s no doubt that this is going to be one of the highlights of the summer based on past lineups. 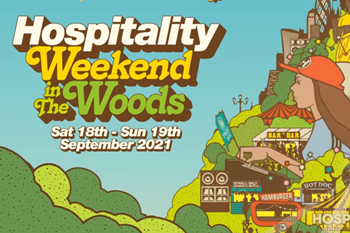 Veterans of the Drum & Bass scene return with their own weekend of high jinx and a massive roster of top notch acts. Expect the likes of Dillinja, Krust, London Elektricity, Ed Rush & Optical across ten areas over two energetic days.

One Out Festival - 25th September - London

As the summer formally closes there is one last chance to join in the festival fun with a line up of big names that includes Roger Sanchez, Danny Howard, Krystal Klear and Sam Divine

For someone who apparently wasn't the biggest fan of festivals, Fabric resident Craig Richards has pulled off the job of running one of the best outdoor dance events this year. Houghton Festival - set..

The best UK dance and electronic festivals for 2018

I sit writing this latest Trackhunter blog post whilst finding myself in a steaming hot room at the back of my house looking out onto a sunny garden and thinking of summer festivals. Each year the dan..

Interview with Howie B

As a producer, label boss and artist in his own right, Howie B has always stayed true to himself throughout his 35 year career. In that time he has delivered nine albums and produced and engineered th..